And please: If you know someone who should be interviewed… please get in touch with us!
As we, the guys behind the curtain of skatefurther.com, are well-bred gentlemen… we’ll start with the ladies. And who would be a better Start into this series than the actual “first lady”, the lovely dutch girl tank? 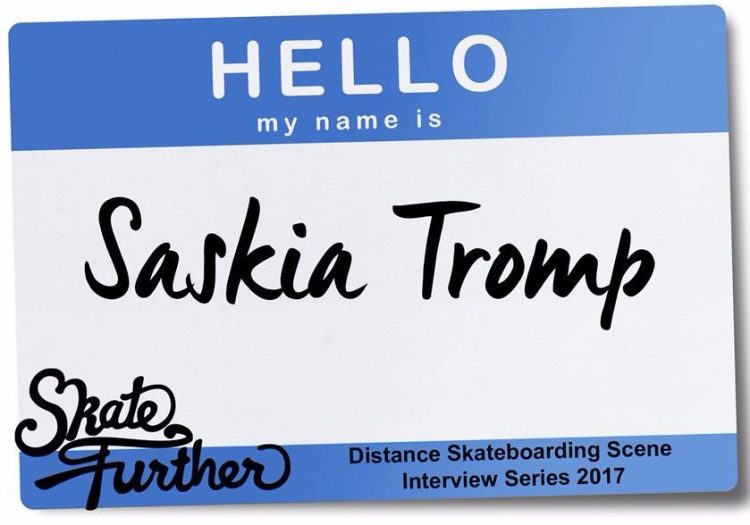 Ladies and Gentlemen…. Hello my Name is…. Saskia Tromp.

First of all…. Please introduce yourself.

Hey everyone! I’m Saskia, I’m 21 years old and live in Haarlem, The Netherlands. I’m studying Landscape and Environment Management in Delft and am in my final year. Aside from sports and longboarding in particular, I like being in nature, reading, cooking, listening to music and being with friends. I also like learning Japanese and folding 3D origami.

How and when did you get into Skateboarding and when did you start Long Distance Skating? Since my youth I have been into sports! I love running, inline skating, ice skating, bicycling, swimming and yoga and since late 2013 I got into longboarding. I have been an ice-skater from my 7th until my 17th. I had some ups and downs in ice skating due to injuries. I always believed I could never go far, so I focused on the shorter and mid-length distances like 1000 or 1500 meters. Due to a lack of trainers and training groups, I ended up in the marathon team. I was very surprised to actually finish my first marathon on ice, and it drove me to train hard and go far.

In 2013 I bought my first longboard when I saw some videos about it. I immediately liked it and used it when I didn’t have training. After I quit ice skating in 2014 and started at the University of Applied Science, I rode my longboard more often. I met the Dutch downhill community, learned to slide and to have control over the board. Some problems with my ankle from an old injury kept me from practicing and I wanted to get rid of the pain.

So in June 2016 I thought that maybe LDP was the way to train my ankle. I bought a Pantheon Trip on my birthday and started to skate it every day. The first time I skated home from the station (6km), I was completely done. But soon after I went training with my friends almost every day!

Speaking of influences… who inspires you? Someone in the scene, friends, family or someone else? Every other longboarder inspires me. Everyone has their own story about how they got into skating and their own reasons to love it. The people who I have the most respect for are our unlucky ones who got injured and cannot do the things they love to do for a while, but pick up their board after they are ready for it again and enjoy it.

What is your very personal reason and goal? WHY are you skating long distances?My actual goal to do LDP was/is to train my ankle and get fit again after quitting ice skating. But longboarding is so much more to me: I tend to be somewhat of a “lone wolf”, but skating got me to be among people again and everyone is so nice! What I love about LDP is the freedom, the ability to go wherever YOU want to go, to explore the world. It helps to empty the mind, to not think about anything except standing on the board and roll. It gives me that feeling of instant relaxation. The one you get after completing a heavy training or race, the one you get after skating that new, long route on your own or with friends. I just love it!

How do you train? How do you prepare yourself prior Races and Trips? Any tips for the reader? Just go. Do whatever training you feel you should and want to do. I usually train alone, until my mind is satisfied with the performance for the day. The typical week consists of at least one longer trip, several short sprints/intervals, some cycling and some yoga. Before races, I try to take as much rest as possible. It is boring to not skate, but in the end it pays off!

For trips, very careful planning is necessary. You have to know how much water and food you need. And I tend to bring wayyyy too much stuff, so I think that my tip is to carefully think about what you really (!) need on such a tour. And drink enough water.

As Distance Skating means to spend lots of time on the Board… any remarkable memories to share? My first multi-day long distance trip: SkateTexel! 6 people, 6 boards, 1 island to skate to. The tour was about 250km along the Dutch coast. My plan was to just join the first day of 75km, since I only started LDP some weeks before. I thought I’d be so sore that skating further than that first day wasn’t possible anymore. But it went so well and it was so much fun to just tour through the country that I ended up joining the entire week.

Your most glorious or heart-touching moment in the past? I think the best moment ever was the finish of the Dutch Ultra 2017 and just crashing down to earth after the finish line. The whole ultra went so well, because of a combination of luck and good preparation. When I was preparing, I wanted to do 200 miles at the Dutch Ultra 2017. Then my support David said that I could do 250, and I thought that was impossible. But he convinced me to at least try it. We thought about many practical and tactical things in the weeks prior to the race. Blind trust in your support is so important, and by doing that I could just focus on skating. In the end I did 262 miles, which I thought was impossible to ever reach for me.
Biggest long distance fail moment? (Skating in the wrong direction, injuries, broken kit etc)? Hmmmmm yes, many things have failed, haha. But the time I lost my roadside bushing, washer and kingpin nut and didn’t notice it until I arrived home 5k later is the biggest fail IMO. Never found them back as well.

Goals for the future? What will happen next? Plans? Plans for the future would be to make more multi-day treks. I hope to skate along the Rhine or other rivers. And I love to help develop the sport more, for example by reviewing new stuff on the market or improving/developing new or existing products.

My distance goal for the future would be to skate 300 miles at an Ultra. It’s probably not going to happen next time, but I don’t think it’s impossible. 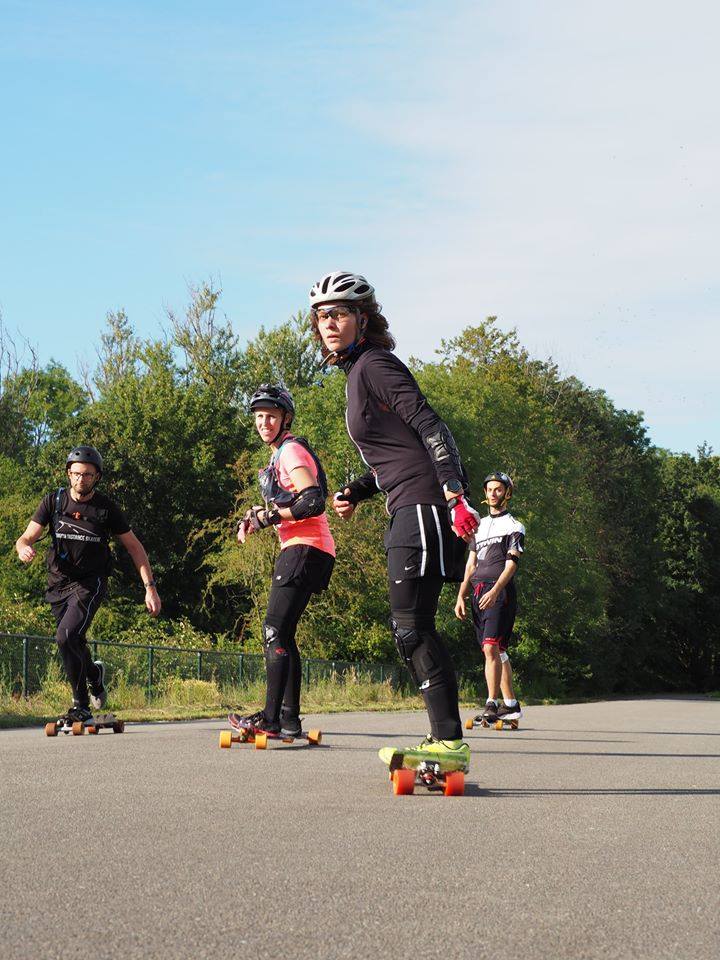 If you had one wish… what would be your biggest dream related to Distance Skating? My biggest dream is that a longboard will be one of the most- used ways of urban transport. Maybe we’ll once see cities with lots of weekly sessions, races and tours with local crews and local shops. It will be a long way, but getting into the Olympics would be great!

My wish for the community itself is that lots of new awesome people will join and that more people get to know it. I want to make more people enthusiastic to try out skating, because it is so much fun, you meet new friends and it helps to stay fit.

Last point. Anything left you’d like to say? Feel free to say whatever you want!

Haha, well after reading this interview I hope you all are raring to go skating 😛 Spread the stoke and don’t think you can’t do it!
Saskia’s Distance Skating Top 10 Tips: