Distance skating is a community – a bit like a big family. There’s the best friend and the drunk uncle, the annoying sibling and the lifelong partner. SkateFurther has, over the years, done it’s best to share this community with as many people as we can. Some friends and family deserve special mention. The Friends of Further.

Tim Pritchard is one such ‘friend’. The brains behind one of the most commonly used LDP accessories – the PSD footstop. Nat took up some of Tim’s time to talk distance skating, LDP, footstops and family.

Nat: Hi Tim. Long time no see. The last time I saw you we were skating round the Famous Goodwood Motor Circuit competing in what I think was the first ‘official’ skate marathon. What made you want to skate a marathon?

Tim: Hi Nat, it’s been a very long time. The last time we skated together I’m pretty sure was Goodwood, but it could have been Bath-to-Bristol??? A marathon….well…my good chum Chris Vallender invited me to Paris to ride longboards. I’d never ridden a skateboard before, so I got on the plane with my brand new longboard, and the next day I skated 12 miles from the far West of the city to the far East. I could barely walk for a week, I kick-pushed in my sleep, and from that day I was hooked on distance skateboarding. The goodwood marathon was a hot topic back then with UK distance skaters and even brought people over from Europe. I had to skate it. A great event with thousands of people all rolling along.

Nat: Do you remember what setup you had? how did it cope?

Tim: For Paris I had a GFH, pretty short and I didn’t get on with it. Short, narrow and super nippy. Now, I wish I hadn’t sold it, I’d love it. My first Goodwood was an off the shelf loaded Dervish. It handled it just fine.

Nat: Haha, they still do! So how did PSD come about? I remember seeing mockups on the forum.

Tim: I took a ride on some guys longboard at Goodwood, probably that first year I went, and it turned out it was an LDP board. A specially and specifically built long distance pump board. It was like an awakening for me. To pump along just gave me the most incredible feeling. I needed a footstop so I made one. Then I made another. Then I designed a couple. Then I had some rapid prototyped for my own use. The rest is pretty much history, I made some for other UK skaters and developed them along with what people said and wanted. I’ve had so many designs, truly loads.

Nat: So how did the collab with Brad at Riptide come about? That’s when PSD really started to kick off, especially overseas!

Tim: Well I’d been selling rapid prototype made footstops for just over a year and kind of sponsoring a couple skaters. A joint skater of PSD and RipTide, Aaron Skippings, put us in touch with each other. Brad, from RipTide, started out by giving me some pointers on moulding my own footstops in my garage but my results were far from an achievement. They were full of bubbles and smashed into pieces quite easily, with the epoxy resin I was using. We then moved onto the possibility of RipTide making them and progressed from there. 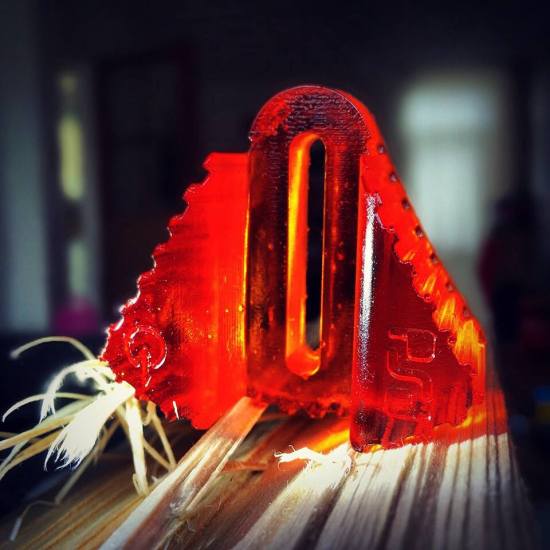 Nat: We see PSD footstops on so many of the LDP/hybrid setups, they are pretty much a standard. How about new designs? Anything in the works or have you settled on the perfect shapes?

Tim: We’re pretty squared up with designs at the moment with the 5 designs, they pretty much cover every need, I think? The Inside and the Outside were the designs I originally shared with RipTide that started things off. The In-&-Out, the Mink In-&-Out and the AER-Out were all created with input from RipTide.

Nat: Awesome. Do you still get out and about on your board? I know that the family has grown! Time for a push now and again?

Tim: Yeah of course! I have a pretty nice quiver now including my dream setups. Well, nearly all of my dream setups….! You don’t lose the pump and a good skate really clears the head. My son has recently started riding his pedal bike and skating next to him in the park is wonderful.

Nat: Well, thanks for giving us your time buddy, and welcome to the Family of Further! Any last shout-outs or mentions?

Tim: Good to chat, Nat. Love to you and yours over there. Shout outs to Brad, Tracey, Chris and Corinne.

Visit the PSD website for more information and of course Riptide to buy!